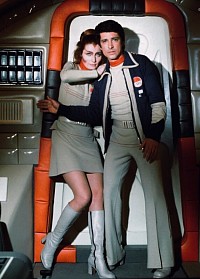 Not many of it’s stars are with us or haven’t been involved with Cons.

So the chance to meet Catherine Schell, could not be missed.

I have wanted to meet Catherine, and finally got the opportunity at the London Film Fair February 2019. She also is a ‘Bond Girl’, who appeared on ‘On Her Majesty’s Secret Service’.

This is the first time the venue for London Film Fair was at The Royal National Hotel. Easy to get to from Marylebone and Paddington by Bus. 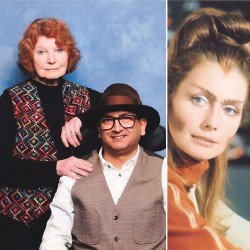 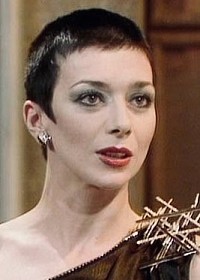 The Federation! But Not As The United Federation Of Planets - Manchester Film & Comic Con 2016 Sat 21st May

‘Blake’s 7’ was one of those BBC Sci-Fi shows that was awesome, great writing and great characters; even though the sets and props were clearly flimsy.

Jacqueline Pearce moved back to the UK from South Africa in 2015. Her character of ‘Servalan’, ‘The Supreme Commander’ of The Federation, was always mesmerising.

Even though Manchester is a distance away from me, I could not miss out on the opportunity of meeting Jacqueline.

Showmasters, haven’t had a Manchester event since.

But do visit their site for information on other Comic Con venues, Showmasters Events. 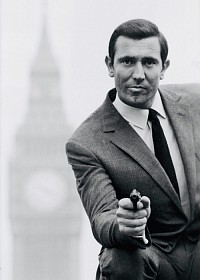 Easy to get to by Bus, Rail and London Underground.

Being the first Spring event, it wasn’t crowded and easy to manoeuvre around.

What I found surprising, was there was no rush in both the autograph and photo shoot queues. It was a relaxed affair, unlike what it normally is during the summer.

Bernard Cribbins, was delightful to meet. His persona is very much what you expect, from all the time you’ve seen him on screen. Unfortunately, interaction with George Lazenby was limited, he is hard of hearing. So, don’t feel disappointed when meeting your heroes when you were young, and they don’t react the way you want. Everyone gets older, even those you look up to when you were younger. 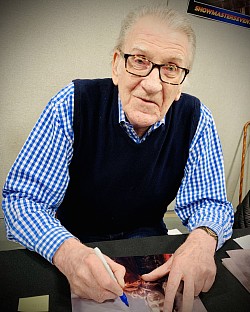 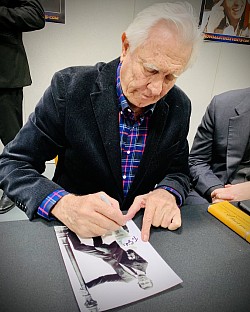 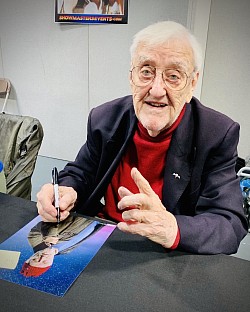 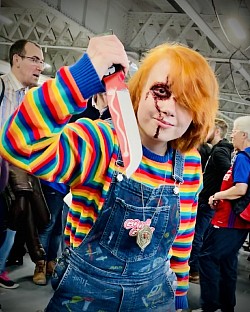 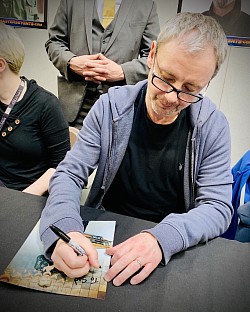 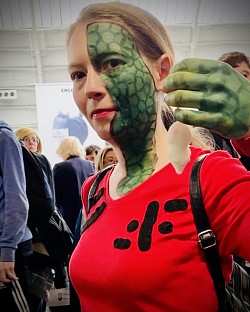 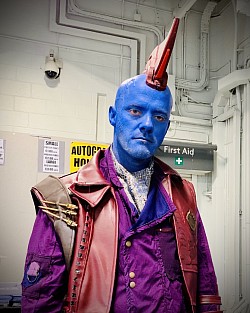 Yondu ‘Guardians Of The Galaxy’ - Cosplayer 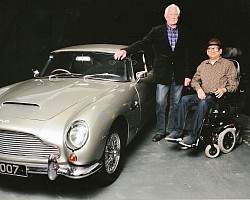 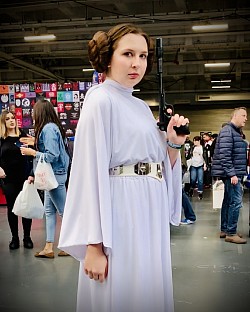 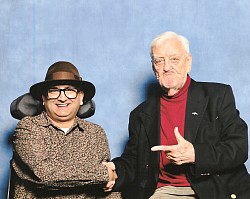 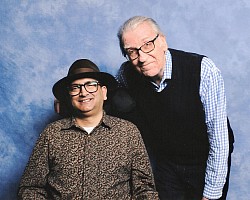 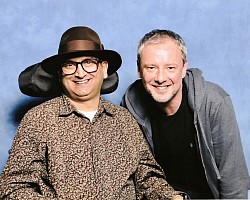 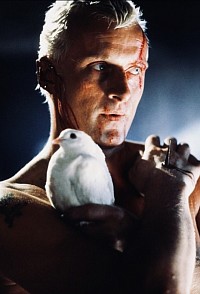 Okay, it’s been a year since my first LFCC. I didn’t think it was too strenuous, so decided to do it again.

Rutger Hauer, most famous for ‘Blade Runner’, was going to be there.

The venue Olympia London, is accessible and easy to get to by Bus, Rail and London Underground.

The event usually runs three days, Friday to Sunday. The only issue is if you attend Saturday, you find it’s crowded and busy. It is quieter on Sunday, but the best day is Friday, where you won’t have a problem if you are a wheelchair user.